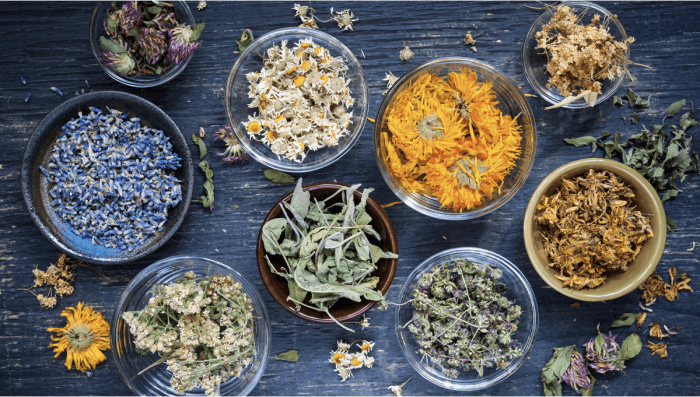 What other plants produce cannabinoids that are comparable to those that cannabis plants do?

In addition to the endocannabinoids that our bodies naturally produce to control and maintain a variety of bodily functions, including appetite, metabolism, cell communication, and immune response, there is another class of cannabinoids known as phytocannabinoids, which are cannabinoids produced by plants. You'll read about the naturally occurring flora that creates these phytocannabinoids on this page. Previously, it was thought that only cannabis plants generated these cannabinoids. However, new research has shown that other plants can also produce cannabinoids.

Cannabinoids And The Endocannabinoid System

Depending on the receptor that a given cannabinoid attaches to, the endocannabinoid system regulates physiological functions such as appetite, pain perception, mood, and memory.

Despite the fact that they are all chemical substances with various effects on our body and mind, they are categorized according to their place of origin.

Because the effects of a particular cannabinoid depend on the location of the receptor, THC might enhance flavors, colors, or scents while CBD relaxes your muscles and may boost hunger. Phytocannabinoids, however, which are created in a variety of ways and are present in a wide range of household plants in addition to cannabis plants, are the cannabinoids that growers are most interested in.

Does Your Body Produce Cannabinoids?

With the help of our cannabinoid receptors, such as Cannabinoid Receptors 1 and 2 (also known as CB1 and CB2), both endocannabinoids produced by animals and humans are intended to stimulate a variety of cellular responses required for normal functioning. What does this signify, though? Well, these endocannabinoids regulate and have the power to affect a wide range of physiological processes, including hunger, pain, pleasure, memory, inflammation, sleeping, mood, and countless others. This is essentially how cannabinoids produced by cannabis plants, including THC and CBD, work to make us feel sleepy, give us the munchies, or lessen discomfort.

Our endocannabinoid system performs fundamental tasks in addition to responding to diseases. Researchers have discovered that compared to healthy cells, cancer cells have more cannabinoid receptors. In patients with illnesses including anxiety, chronic pain, Parkinson's, and arthritis, among others, research has revealed an increase in endocannabinoid production. In essence, the endocannabinoid system (ECS) is a communication system between the brain and body that ensures the proper operation of a variety of bodily functions, including regulating our sleep cycle, alerting us to hunger, and other basic functions.

Scientists also observed that cannabinoid receptors are primarily located in the brain, neurological system, and reproductive organs, where they have not been found to impair heart and lung function, leading them to conclude that it is impossible to die from a cannabis overdose.

Theobromine, phenylethylamine, tryptophan, and anandamide are some of the beneficial substances found in cacao, a superfood that also contributes to the production of serotonin and melatonin. While melatonin is a hormone linked to our sleep-wake cycle and can be utilized to treat conditions like insomnia, serotonin is the main hormone that stabilizes your mood and the sensation of well-being or happiness and aids with eating and digesting.

Although this superfood contains all of the substances listed above, anandamide, an endocannabinoid created by the human brain naturally, is present in higher amounts than the other chemicals. The feeling of happiness we experience when this substance is released is similar to the satisfaction you would experience after exercising (also known as the runner's high), and it is often referred to as the body's natural version of THC due to its regulation of mood, memory, appetite, and pain perception. Just keep in mind that you must consume raw, organic cacao to reap the benefits of cacao; you cannot obtain these benefits from processed foods like milk chocolate since milk prevents the absorption of the compounds in those foods.

Most people are unaware that black pepper includes a significant amount of beta-caryophyllene, a substance that is utilized in cooking and may be present in every home in the world.

The terpene responsible for the peppery/spicy aroma of some cannabis strains, beta-caryophyllene also acts on the CB2 receptors, much like CBD, and has significant anti-inflammatory properties that make it easy to treat joint pain.

Coneflower, a stunning bright-pink flower that is sometimes used as a cold treatment, shares a lot of similarities with cannabis in terms of the cannabinoid system.

This plant interacts with the CB1 receptor. However, despite being a cannabimimetic, as opposed to a cannabinoid, this plant can treat a variety of conditions, including anxiety, migraines, fatigue, and arthritis, thanks to the natural amides it contains, which have effects that are very similar to those of THC.

CBG, a phytocannabinoid that is also present in cannabis plants and is frequently used as an antidepressant and mood stabilizer, is abundant in helichrysum.

Although it is true that this species of flower has been heavily used in religious rites for its psychedelic effects, which are quite similar to those of cannabis, the current prohibitions make it difficult to research CBG in it.

Similar to how cannabis and chocolate create anandamide, black truffles also produce it, giving off a runner's high-like effect. This substance interacts with the CB1 receptor to help control mood and pain perception.

Just keep in mind that you should do your homework and know what you're doing before taking large amounts of black truffles or any other plant or herb because you can be allergic and have a miserable time.

Although Japanese liverwort has a high concentration of perrotentinenic acid, a cannabinoid related to THC, it has no psychoactive effects.

This plant is comparable to cannabis in that it also has effects on the liver, gallbladder, bladder, and respiratory system. It can also be used to treat bronchitis and other chronic respiratory conditions.

The kava plant is rich in kavalactones and is used to make medical drinks for sedation, chronic pain relief, and anxiety relief.

Due to its similar interaction to THC with CB1 receptors in the central nervous system, this plant has been utilized for years to treat addiction.

Due to its ability to dull pain, Electric Daisy has long been employed in the Amazon region. A more recent study has revealed that this plant actually blocks pain receptors at nerve ends.

This plant's cannabinoid, N-isobutyl amide, interacts with the CB2 receptors to control pain and inflammation throughout your body. As a result, it provides an efficient means of pain relief. Now, keep in mind that the majority of plants won't make you high unless you consume enormous amounts of them because, despite containing cannabinoids, their concentrations are lower than those in cannabis. Nonetheless, they are a great alternative for people who don't want to get high but still desire the therapeutic benefits that terpenes and cannabinoids offer.

To assist you, we have created the table above. Keep in mind that if you were to consume any of these plants, you must do so according to the type of plant for the greatest outcomes.

Along with the aforementioned plants and herbs, there are other others that are advantageous to people even if they don't contain cannabinoids, including Mullein, Skullcap, Mugwort, Mint, Sage, and Uva-ursi.

Here is a quick method to manufacture your own herbal smoking blend if you don't want to deal with producing teas or oils; just keep in mind that you will need different herbs depending on your preferences and the impact you want to achieve.

Now all that's left to do is roll them up and enjoy them. Just keep in mind that since this is a broad recipe, you can add any other herb you choose in place of one of the herbs if you want to use it to treat a particular condition.

All of these plants and herbs, despite not having the same potency as cannabis flowers, will be helpful in some way if used appropriately. Before tasting any of them, keep in mind that you can be allergic to some of them. As a result, be sure you know what you can and cannot eat. Share your knowledge with other gardeners by leaving a comment in the box below if you have your own herbal mix recipe or know a more effective way to use any of these plants or herbs.

By clicking enter, I certify that I am over 18 years.